Damselfish are the tropical marine fish. They have more than 250 different species. Also known as demoiselle, they exist in different colors and varieties.

Damselfish are very lively and active fish. Usually, they are aggressive towards other fish.

They belong to the family Pomacentridae, which comprises of damselfishes and clownfishes.

Damselfish are found in the waters of Atlantic, Indian, and the Pacific Ocean. Mostly, all of their species live along reeds while some species inhabit tentacles of sea anemones.

Having more than 250 species, their appearance varies a lot from one species to another. Generally, they have somewhat similar characteristics as they belong to the same family. 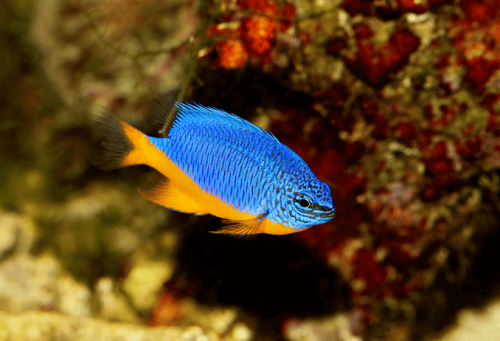 The most prominent feature of Damselfish is its vibrant color. Some of them have very contrasting patterns.

Their color ranges from red to orange to yellow to blue, having various shades in between. Surprisingly, some of them can lose their color as they grow and end up brown.

Some most popular varieties of Damselfish are:

These beautiful little fish are very easy to keep. For beginners, they are a must-have. As the majority of Damselfish live in the tropical reefs, their care and tank setup should be done accordingly.

The majority of Damselfish are 2 to 3 inches in size. Therefore, medium-sized aquariums go very well. A 30 gallons tank is good enough for Damselfish.

If you want to keep a pair, at least 50 gallons tank is needed. For a group of 4 and more, the tank must be at least 100 gallons.

For a single damselfish that can grow up to 12 inches, a 100 gallons tank is a must. So, tank size heavily depends on the species of Damselfish you keep. 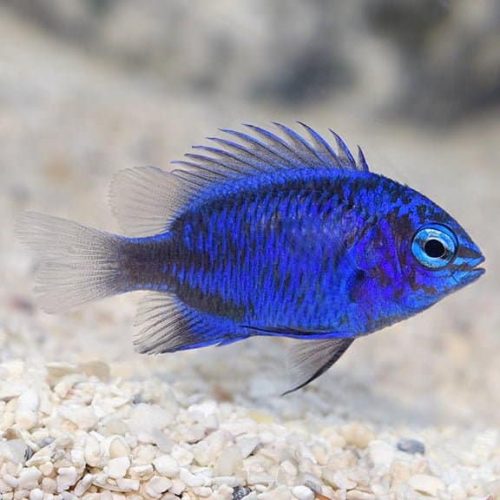 The specific gravity of water should be maintained between 1.020 – 1.025. Change 15% of the water every two weeks. If you have a single fish, 20% water change after a month is advised.

As they inhabit mid to lower areas of the tank, make sure you have a lot of swimming space along with several hiding places such as caves, rocks, and driftwood.

As many as more hiding places are there, damselfish will be less aggressive. Many species of damselfish like to burrow at night, so a sand bottom is the most preferred one.

As damselfish are great eaters, they can clean up all the algae in the tank themselves, keeping the water clean.

However, again, make sure to get enough knowledge of your specific species to provide it with the best environment and living conditions.

Damselfish are not only just easy to care for but easy to feed as well. They can eat just anything you give them. They can consume both plant and animal foods. They are good at eating flake food, live, and frozen food.

For the damselfish that are specifically omnivore, you can add brine shrimp, mysids, fish eggs, bloodworms, squids, shrimps, crustaceans, planktons, and any other tiny marine organisms to their diet. 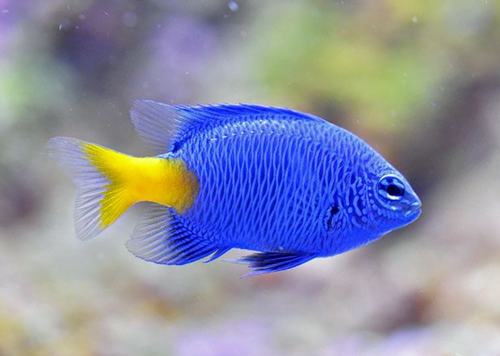 For the ones that are a herbivore, dried flake food and green food should be added to the diet as it contains amino acids and vitamins.

Also, mineral and protein-based food can help them grow healthily so you can add them to their diet at times as well.

Moreover, feed them with smaller portions of food many times a day that it can consume in three to five minutes than large chunks at a single time.

You must have read or heard that damselfish are very aggressive. Only some species are calm or just least aggressive. They can even bully other fish in the tank.

As they are territorial, they like the majority of the area in the tank for themselves. If you have a small tank, they do not want any partners in there. They defend their territory strongly. They can even chase and nip the other fish when they find their territory being invaded.

So, it is good if you do not keep different species of damselfish together. Keeping fish from the same species will be easy since they are compatible with each other.

In the case of larger aquariums, you can keep some other fish with Damselfish who are semi-aggressive. Some good tank mates can be Clownfish, Tangs, Dwarf Angelfish, Dottybacks, Bottom Dwelling Gobbies, Dartfish, Hawkfish, Puffer Fish, and some Cichlids, etc.

There are not many sexual differences between males and females in the case of Damselfish. In the case of Blue Damselfish, females may have a black spot on their bodies while males do not.

The breeding and reproduction system of most Damselfish is the same as that of Clownfish. It requires maintained and perfect water temperature, pH level, and good quality to have a successful breeding. However, the eggs and larvae of Damselfish are much smaller than that of Clownfish’.

In the wild, Damselfish move from the nesting site of one male to another to find the perfect partner. They can even spend the whole night swimming the 100m length to peek into the nests of the males all along. By the dawn, they will have found themselves a partner.

Moreover, around 4 females can spawn with the same male one after another. The males protect their eggs until they hatch and then can even move onto the nest with more number of eggs to get females to spawn with them.

However, in the case of the tank, as there are not many partners that can be found, the male makes a nesting site and that attracts females.

If a female is then ready, they spawn and lay eggs. Males are very vigilant in protecting the eggs and do not let any other fish enter their territory.

Eggs hatch in 5 to 6 days depending on the water temperature. The larval stage stays for 10 to 15 days. 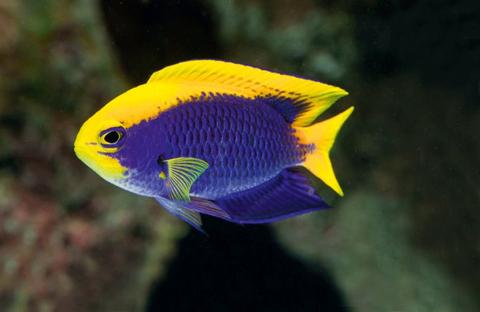 In some cases, varying from species to species, eggs can take lesser days to hatch and larvae can grow quickly. The important point is to know about the breeding cycle and conditions of the species you have in your aquarium.

Damselfish are usually very adaptable and durable. They are active and are not prone to diseases. But some of the common diseases damselfish do get are:

However, all of these can be cured with proper medication and maintain good water quality. Make sure you twice check or quarantine everything you add to your tank. 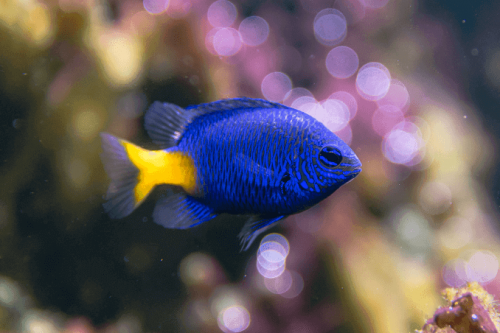 So, to conclude, Damselfish are available at very affordable prices. Whether you are a beginner or experienced aquarist, they make great fish in the tank. If properly taken care of, your tank will always stay vibrant and full of Damselfish.